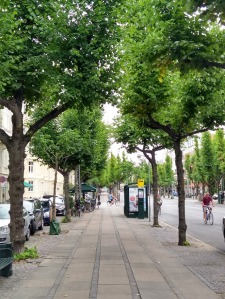 First it was the hopeful-but-questionable ‘One Trillion Trees’ initiative, announced at the World Economic Forum in Davos, with supporters as diverse as Jane Goodall and Donald Trump. At the same time, large areas of Australia were on fire – in total, estimates are that we lost 20% of our forest cover in the climate-change-driven ‘Black Summer’ fires that only recently subsided.

Recent collaborative research from our lab brings the focus back onto our urban trees. While a few billion hectares of new forest may slightly slow climate change at a macro level, we also need immediate solutions in our cities. In the places that most of us live and work, trees have an important role to play in helping us adapt to the warming (and flooding) that’s already locked in.

The thing is, we’re losing quite a lot of trees to construction, and even well-resourced teams are working hard to keep ahead of losses. In a new paper, Thami Croeser (ICON Science) led a team which found that The City of Melbourne has lost over 10,000 street trees in the decade of 2008-2017; 2000 of these were within 10m of a major development. 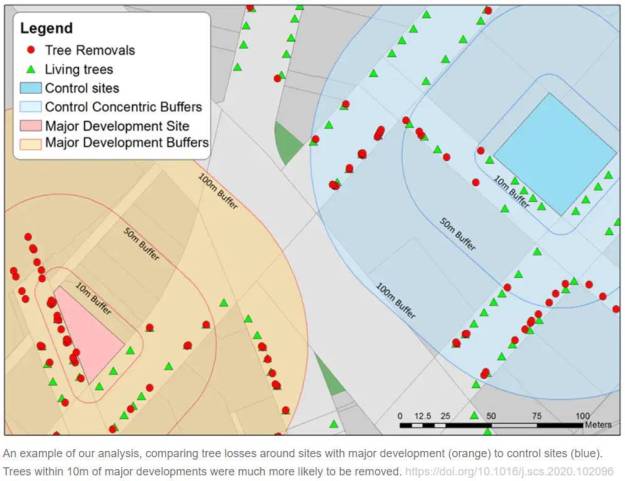 The good news is most of these were small trees, possibly reflecting the city’s tough controls on tree removal.  The original research was published in Sustainable Cities and Society; we also had media pickup from The Conversation and Domain, where we talk a bit about how improvements in tree planting, tree protection and building greening can all play a role in keeping our cities green as they grow.